A peaceful, quarter-block sized gem of a park, Scheffel-Thurston is nestled into the corner of North 3rd and West E Streets at 380 N. Third Street. Shade trees, walking path and benches there offer a restful refuge.

This tiny hideaway also has an enormous amount of history to it.  When dusty miners and sophisticated Victorian gentlemen walked the streets of Jacksonville in the 1850’s, the land that Scheffel-Thurston currently sits on was a corral used by pioneers when they ventured into town to trade goods.  Eventually, the city of Jacksonville owned the land, but by the 1960’s, it was abandoned.

That is when two local families decided to take matters into their own hands.  The Scheffels and Thurstons both owned homes near the site, and they landscaped the space so their children could have a place to play. By 1962, then-mayor Frank Carter named the plot Scheffel-Thurston Park.  Unfortunately, as the years passed, the park was not kept up to the high standards it is today.

Nearly a decade ago, the city considered selling the parcel as it was abandoned and filled with garbage.  Inspirationally, a space that was originally made for children was renovated once again, but this time by local youth.  The Youth Garden Club and Cub Scouts from Jacksonville Elementary teamed up to clean the park.  These students started a trend, as the park is now maintained by volunteers, as well as by the city of Jacksonville. 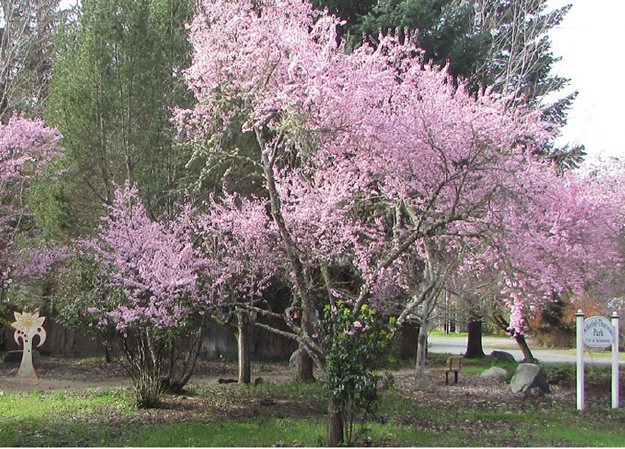